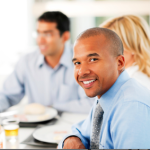 The God of creation is a God of purpose and foreknowledge, and when He creates, He creates with His divine purpose in mind. “He created them both male and female.” While both genders are equal spiritual beings, they both have different purposes and functions within the family unit. Man was created first, and God intended for him to be the foundation of the home. It was upon this godly foundation that the woman would build and establish her home. Many young men have been raised without a godly father, so they’ve been raised without a strong foundation. The purpose of the Foundation Club is to help rebuild young men’s lives in order that their home and their children will have a strong foundation from which to grow. Topics that will be covered in this ministry: Why Marry, The Power of Purpose, Made in the Image of God, The Uniqueness of Woman and many others. We want to challenge every young man with the words of King David to his son Solomon, “…be strong, therefore, and prove yourself a man.” (I Kings 2:2) 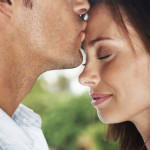 By divine design, both male and female were created for relationships. It is our relationships that define who we are and help determine the decisions we make. For example, a man cannot be a father without children. As a father, when decisions are made, they cannot be made selfishly; the whole family must be considered. God’s purpose for the male was to be the foundation on which the woman (or female) would build a home. With the invention of the birth control pill and the free love movement and accompanying drug culture, the divorce rate in America began to rise. Today, 50% of all marriages end in divorce, and young men are being raised without fathers or strong foundations for their lives. Consequently, our society is riddled with those who are hurting from the pain of broken relationships. This class is designed to help restore the biblical family unit. It is available for teenagers as well as adults, single or married. It will also be of benefit to pastors are clergy who are involved in counseling. 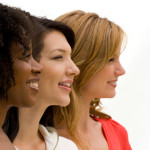 Historically, women have been among the most abused people groups in human history. They have been considered evil and sensual, lacking in spirituality. They have frequently been denied political, legal and educational rights. They are often exploited for the beauty and sexuality, being physically, mentally and emotionally abused. Even among Christians, one of the most hotly debated issues in the history of the church has been the role of women in family, society and the church. The truth is, the way a society treats its women is a measuring stick for the moral climate of that nation. In order for the church to experience an awakening and revitalization of its country and families, we must understand God’s design for biblical woman. This class is designed for both male and female, adults as well as teenagers, and pastors are clergy who are involved in counseling.

Each class is $50 per class; both classes may be taken for $80. Classes will be live streamed beginning Thursday, March 13th at 6:30 PM.