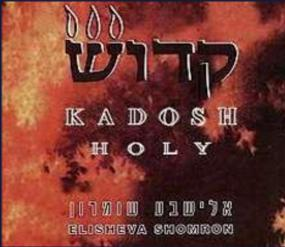 The word holy is “kadosh” in Hebrew and means, to be separate, to be consecrated for God’s use. Kadosh also means unique or distinct. When speaking of Yahweh (God) being holy, it is to speak of His uniqueness. He is distinct and unique from all pagan deities and it is His moral purity that sets Him apart. To profane something means to take what God has declared as holy and treat it as common. This action always results in Yahweh’s judgment! In Daniel chapter five, we see an example of profaning the holy and God’s judgment following. King Belshazzar, in a drunken stupor, sends for the vessels that his father had taken from the Jewish temple in Jerusalem; vessels which God had called holy and consecrated for His use. The king began to drink wine from them, treating them as common vessels. The next day the king was dead and the Medo-Persian army had taken his kingdom. Another example is found in the book of Is’ Samuel, where the two sons of Eli, Hophni and Phinias, treated the sacrifices of Yahweh and their priesthood as common. Both died the same day, killed by the Philistines because both the priesthood and the sacrifices had been declared holy by Yahweh.

Recently, President Obama demanded that Israel divide her land and go back to the pre 1967 borders which would put the old city of Jerusalem and the Temple Mount back into the hand of the Jordanians. The Prophet Joel clearly states that God will judge the nations for dividing His land. The reason is because the land is holy and it has been set aside for God’s use. It is from this Holy Mountain that God’s Son, our Messiah, will reign and judge 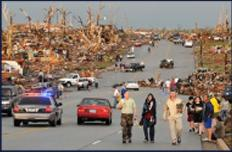 the nations. Not long after President Obama’s demand for dividing the land, a tornado destroyed a large portion of Joplin, MO. You cannot treat what is holy as common and escape God’s judgment! The state of New York has now legalized same sex marriage. They are taking what God has called holy, the union between one man and one woman in holy matrimony, and perverted it and made it common. This action will surely bring Yahweh’s judgment, it always does. As I watched the news, I saw government leaders applauding their decisions and people cheering and jumping up and down, celebrating this new legislation. I thought of 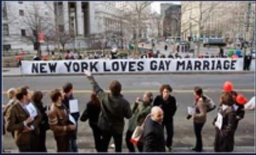 the Apostle Paul’s words concerning love, “love does not rejoice in iniquity, but rejoices in the truth”. Here were Americans rejoicing in iniquity, which means to be bent and twisted, going in an opposite direction of God. It is rebellion! The problem is God, who is holy, commanded His people to be holy and there are many so called Christians and clergy who will be rejoicing in this iniquity and see no problem with dividing the Holy Land or performing same sex marriages. When that happens, we lose our uniqueness and our distinction that God has given us as His people and we look like the world who is about to drink from the cup of God’s wrath. In this difficult hour which we live, we as God’s people, must remain the salt of the earth and continue to stand on God’s word and proclaim the truth to a lost generation because only the truth will set them free. Whom the Son sets free is free indeed! We must continue to pray for our nation that our nation as a whole will repent and return to the principles of truth, God’s word and His commands.